The joint research team comprised of Professor Junsuk Rho of departments of mechanical and chemical engineering, Jaehyuck Jang and Aizhan Ismukhanova of Department of Chemical Engineering at POSTECH, and Professor Inkyu Park of KAIST’s Department of Mechanical Engineering. Together, they successfully developed a variable color filter using a metal-hydrogel-metal resonator structure using chitosan-based hydrogel, and combined it with solar cells to make a self-powering humidity sensor. These research findings were published as a cover story in the latest edition of Advanced Optical Materials, a journal specializing in nanoscience and optics. 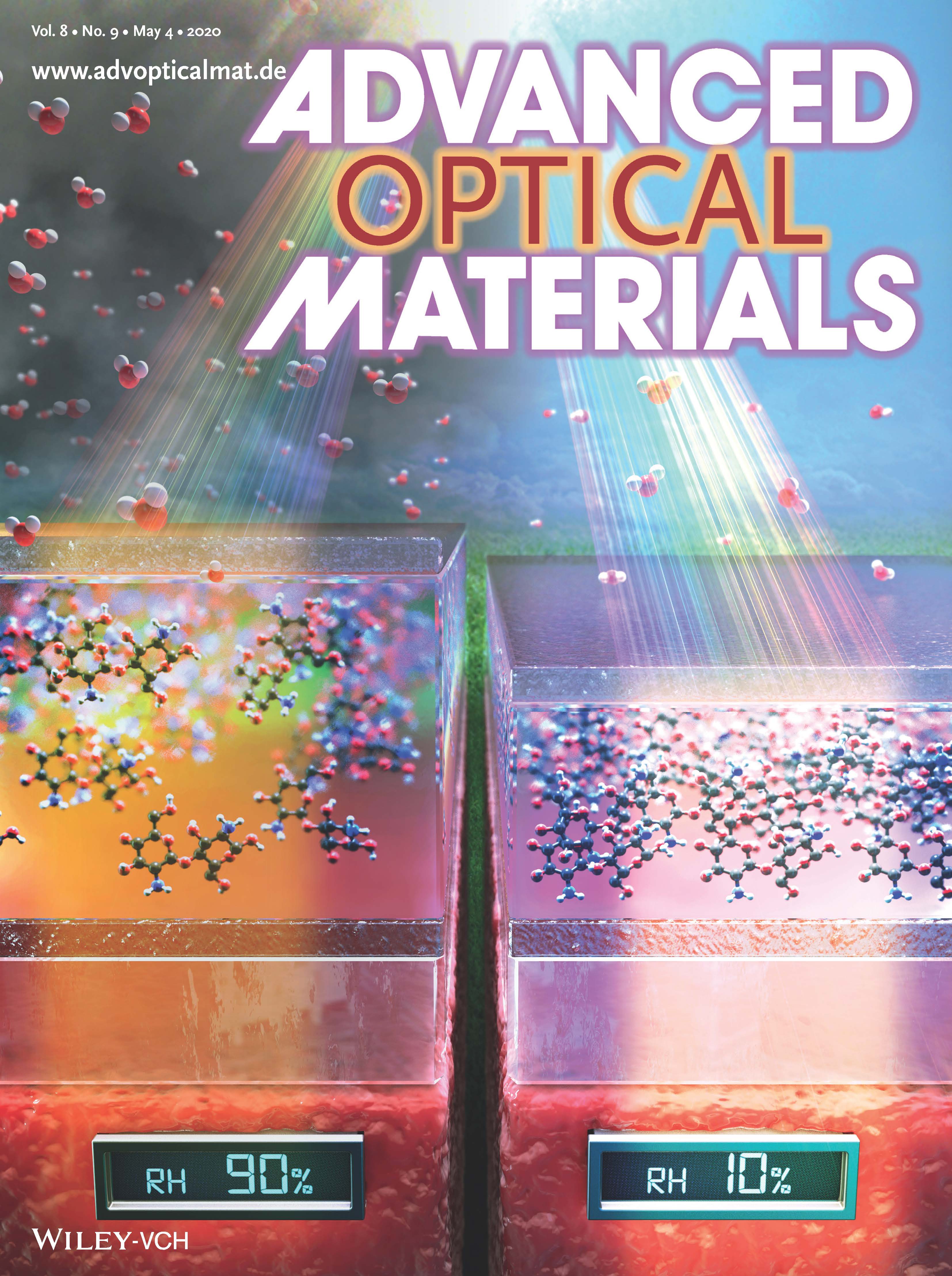 Sensors using light are already widely used in our daily lives in measuring the ECG, air quality, or distance. The basic principle is to use light to detect changes in the surroundings and to convert them into digital signals.

Fabri-Pero interference*1 is one of the resonance phenomena that can be applied in optical sensors and can be materialized in the form of multilayer thin films of metal-dielectric-metal. It is known that the resonance wavelength of transmitted light can be controlled according to the thickness and refractive index of the dielectric layer. However, the existing metal-dielectric-metal resonators had a big disadvantage in not being able to control the wavelengths of transmitted light once they are manufactured, making it difficult to use them in variable sensors.

Using this mechanism, the team developed a humidity sensor that can convert light’s energy into electricity by combining a solar battery with a water variable wavelength filter made of metal-hydrogel-metal structured metamterial that changes resonance wavelength depending on the external humidity.

Unlike the conventional optical humidity sensors, these newly developed ones work regardless of the type of light, whether it be natural, LED or indoor. Also, not only does it function without external power, but it can also predict humidity according to the filter’s color.

Professor Junsuk Rho who led the research commented, “This technology is a sensing technology that can be used in places like nuclear power reactors where people and electricity cannot reach.” He added, “It will create even greater synergy if combined with IoT technology such as humidity sensors that activate or smart windows that change colors according to the level of external humidity.”

The study was supported by the Samsung Research Funding & Incubation Center for Future Technology.

1.Fabry-Perot Interferometer
A device where multiple wavelengths enter a filter, and cause multiple interferences to occur in a particular space to transmit only certain wavelengths and reflect the others to select only the desired data.